Drea Nix, Sara Myer, Andy Valdivia. These are the artists responsible for the creation of these beautiful murals. These accomplished local artists took part in the Brown vs. Board of Education mural and we are truly fortunate to have their work on our walls. It took the artists approx. 6 weeks to finish these pieces.

This mural shows Cyrus K Holliday as a gandy dancer in the early days of the AT&SF. With nods to the Wizard of Oz, this mural shows the Capital City as the land of Oz. 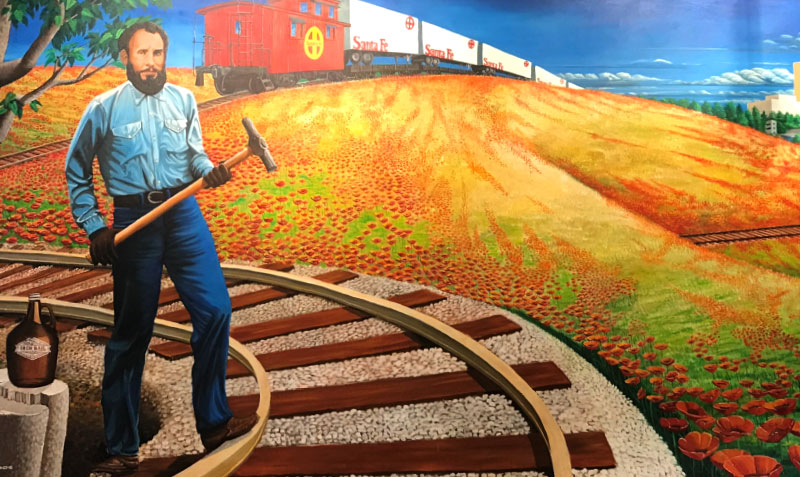 The Super Chief was the premier passenger engine of the AT&SF Railroad, this luxury Engine went from Chicago to Los Angeles. 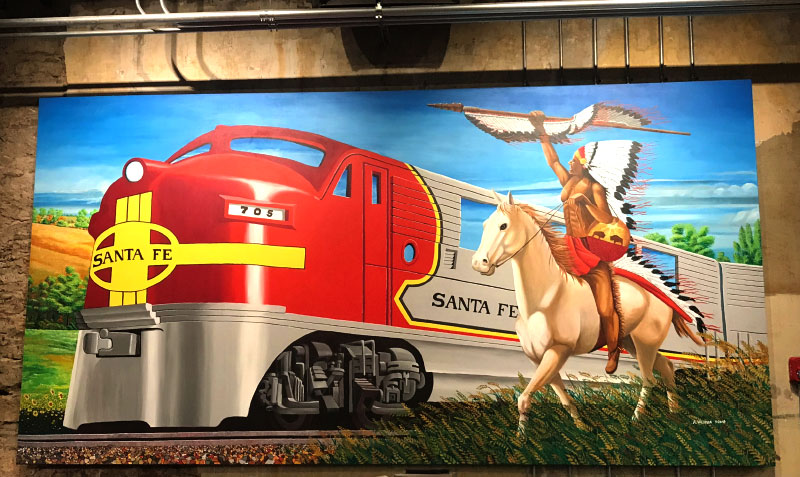 This telegraph announced the news that funding for the railroad was secured, and the construction of the AT&SF railroad began shortly after on October 30, 1868. The railroad cemented Topeka as a key player in trade and expansion to the west , delivering wealth and success. Now, 150 years later, Iron Rail Brewing pays homage to the legacy of the Cyrus and the railroad, as Topeka rolls into its own brilliant future.

This was printed in the Topeka State Record, the Topeka Newspaper in 1868. It does not relate to any beer, but it is the foundation from which this brewery and restaurant was named. 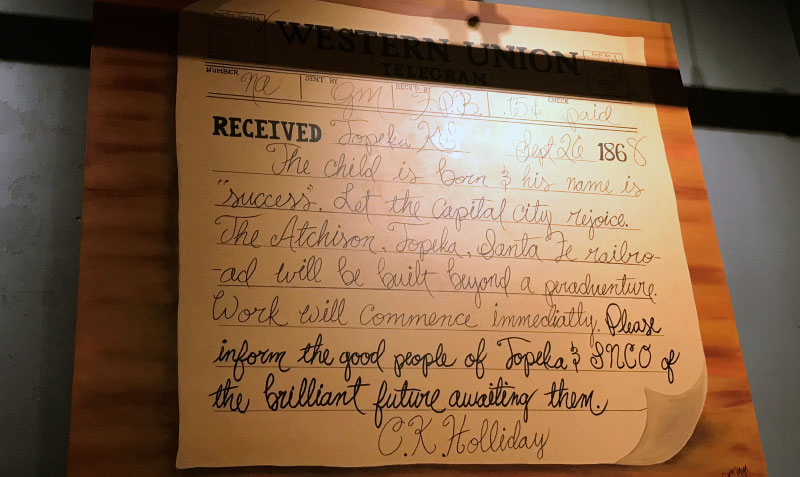 This represents one of our Signature Beers. The name is derived from the 1946 movie "The Harvey Girls" starring Judy Garland. 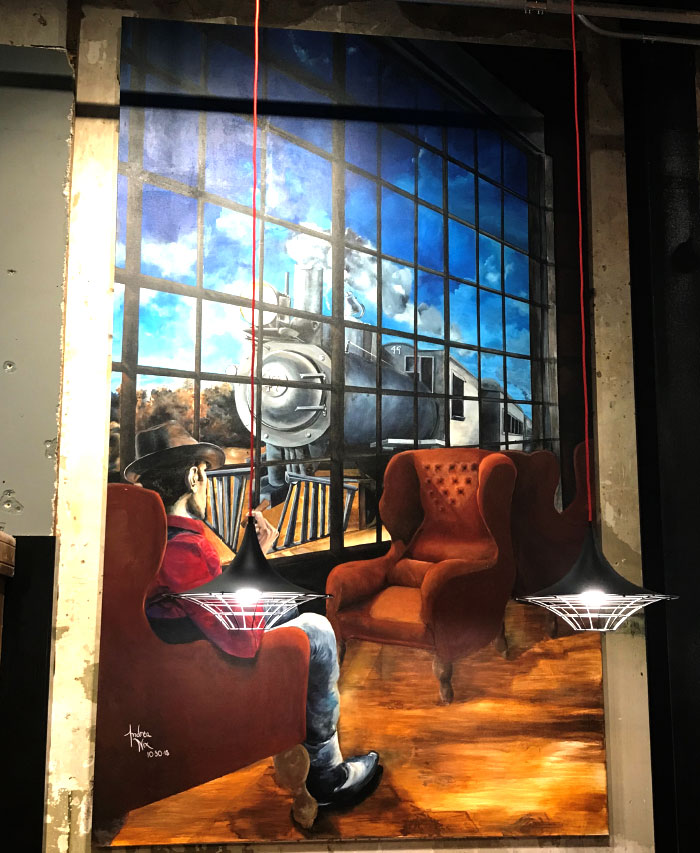 This mural shows a young Cyrus K Holiday (CKH) enjoying a CKH Wheat and a cigar. Hey, isn't there a great hotel named the Cyrus down the street Iron Rail? 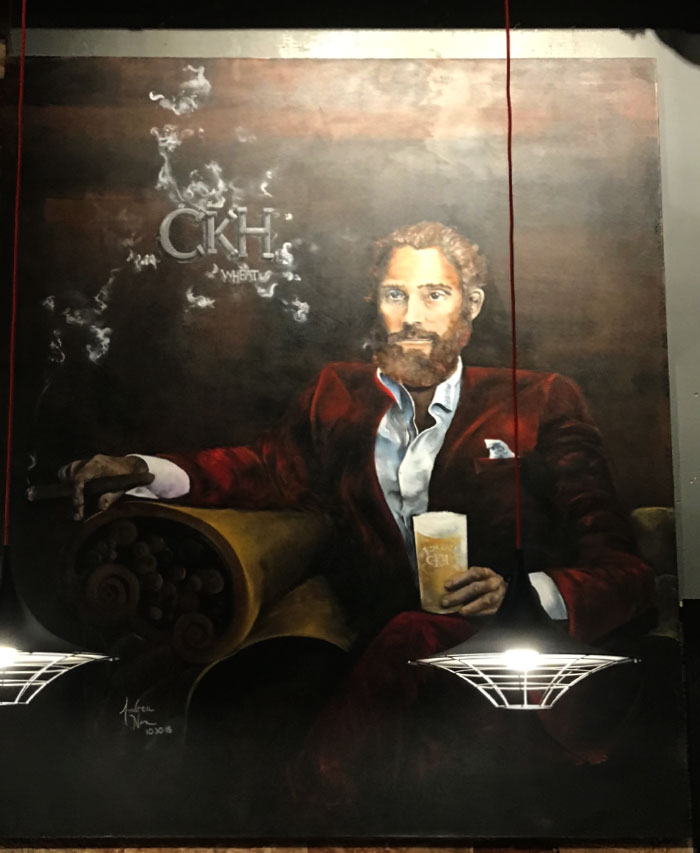 During the '51 Flood, Santa Fe placed engines on top of bridges to keep the bridges from washing away. The flood waters proved too strong & three engines sunk into the Kansas River. Two were recovered, but engine 4076 remains there to this day. 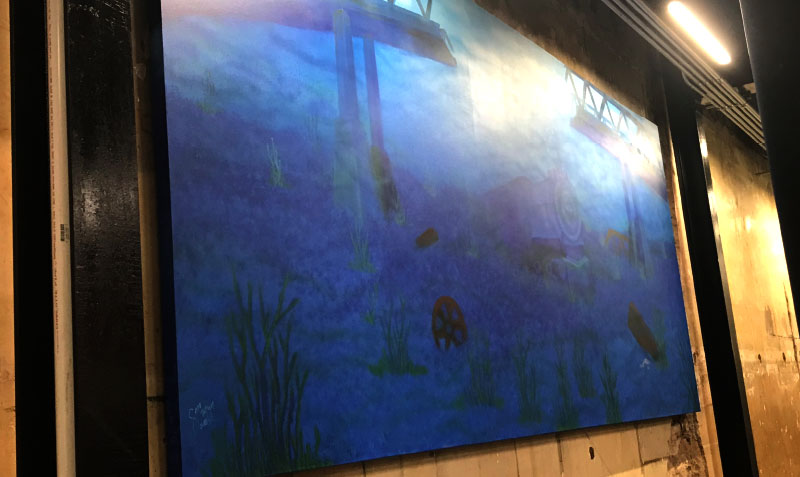